You can learn a lot about Derby Girls by looking at the pageviews for LDG. 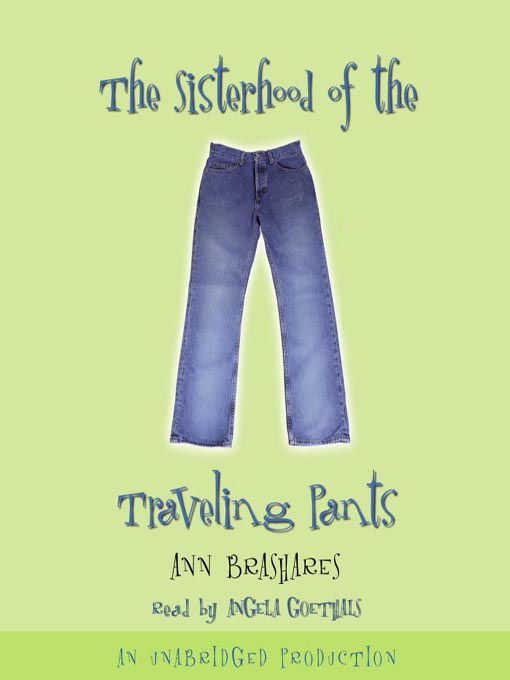 Know what derby is NOT? It is NOT the Sisterhood of the Traveling Pants...

Sometime Monday morning, TrAC/DC’s post about the Dark Side of Derby received so many hits that our servers went down and we had to call our Trusty Web Advisor (aka my Derby Widow) to get things up and running again.  In the entire history of the blog, no other post has received that level of attention.  The only one that even begins to come close (but not THAT close) is my first post on the blog – a post detailing the ways that derby really and truly may have been the thing that saved my life.

What this tells us, sociologically, is that derbies view their sport simultaneously as a force of creation and destruction.  It builds us up even as it tears us down.  It supports us, even as it sucks us dry.  It’s the good, the bad, and the in between.

And maybe there’s nothing wrong with that.  Derby isn’t perfect?  So what?  Neither am I.  That’s why derby feels like home to me – because I’m fucking sick of perfection.

As TrAC says in her post, we derbies are fiercely protective of our sport.  I’m no exception to that rule, and when I first started playing nothing brought out the defensive side of me more than the mean-spirited jokes about how derby was just a giant cat-fight, a place for women to take out their exclusively feminine aggression on each other.  ”It’s not LIKE THAT!” I kept wanting to scream.  ”We’re friends!  We’re good to each other!  We help each other out!”  As an ardent feminist, I couldn’t stand watching people use my sport as fodder for their misogynist mythology.  The argument that female sports are breeding grounds for “lady drama” is one of the primary weapons in the arsenal of those who suggest that girls are Strictly Emotional Creatures who couldn’t use logic to save their lives.  I didn’t want any part of that argument.  Derby wasn’t about fitting the script – it was about busting negative stereotypes.  It was about being a DIFFERENT kind of woman.

I believed that in order to prove we were worthwhile, we also had to prove that we were perfect.  I was asking derby to participate in the same fucked-up script I’d been acting out my entire life – the script that tells you you have to put on a nice outfit for company, that tells you that your kids and your lover and your parents and your dog and your fish are all more important than you are, and that it’s your job to keep them happy.  I wanted my team to be all things to me at all times: family and lover, friend and mentor.  I wanted them to redeem me, to prove that a woman really could be everything – and that she could look hot in her jersey while doing it.

But the thing is, we aren’t perfect.  And the people who expect us to be are just assholes.  We fight sometimes.  We backstab and nitpick.  We form cliques and break confidences.  We mess up. But I hope — with every ounce of my scarred and fragile derby heart, I hope  that we don’t turn away from each other in those moments.  I hope that we don’t give up.  Because the moment we give up on each other is the moment we give in to the worst of the myths about women.  If we overthrow our derbies because they don’t fulfill our ideals, we’re setting them up for failure.  Expecting women to be perfect – to be everything and never fall short – is not a feminist act.  (For those of you unconcerned with the feminism, I’ll put it a different way: it is not a productive act.)  In fact, it’s actively harmful.  Because no one can fulfill your dreams for you.  And if you ask them to, your disappointment is inevitable.

When I say I love my team no matter the mistakes they make, I am committing a feminist act.  I am throwing dirt in the faces of anyone who ever implied that women are only worthwhile if they’re perfect, polite, and quiet – if they always get along.  I am saying that I love and care for the women in my life as they are, not as I hope for them to be.  I’m not saying we shouldn’t strive to be better.  At its core, derby is about ALWAYS striving to be better.  But in the meantime, we also have to learn to live with the Dark Side of Derby – maybe even to embrace it, and to recognize that when we give other women the space to be imperfect, we’re really just giving them the space to be themselves — and hoping we get the same space in return.

I love you all.  And no matter how my relationship with derby ends, it won’t be perfect – and for that, I am eternally grateful.

19 Responses to “The Dark Side of Derby Pt II: This Feminist Darkness”